← more from
Cheerygroove Records
Get fresh music recommendations delivered to your inbox every Friday.
We've updated our Terms of Use. You can review the changes here. 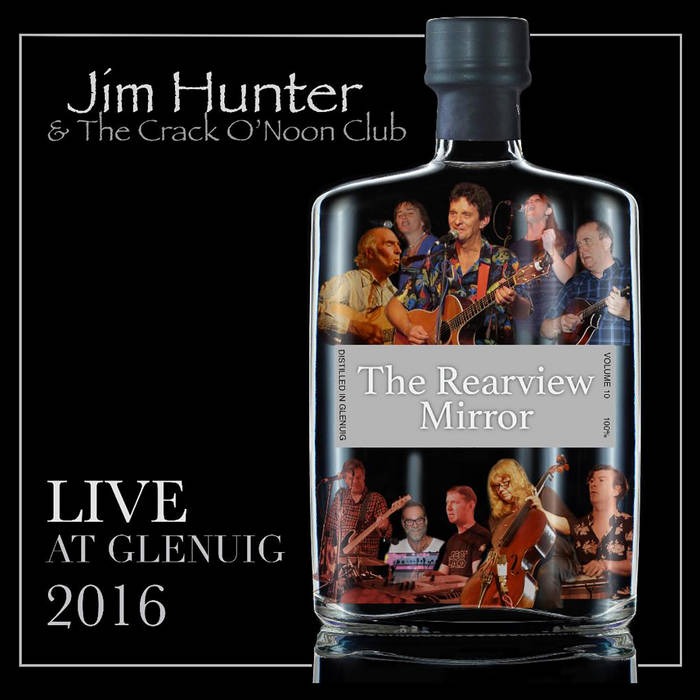 Back in 1988 I released my first album of self penned songs.

Under the naive, benign and, frankly, idiotic notion that being a songwriter, all one had to do was record the songs, sit back, and await the stampede of artists desperate to record them. I was so sure that I wouldn't actually have to perform or sing them. How wrong can you be..............

Thirty years later, these songs plus a lot more they befriended along the way have been toured and performed in countless countries and concerts by myself and various line ups. Like myself the songs have grown up over the years, and have moved a long way from those early albums.

With the gift of the finest musicians I've had the privilege to be on a stage with, these poor road weary songs finally washed up on the West Coast of Scotland, and reached their destination in a concert to end them all in Glenuig Hall in July 2016.

So here, after a long, strange and wonderful journey, is the concert as it happened that night.

I hope you enjoy it as much as we did

Love on the Line ( Jim Hunter); Starting out with one of the earliest songs I wrote from the album Burnt Out In The Snow

Slow Burning Flame ( Jim Hunter); This was written after playing at the Usher Hall Edinburgh, when I opened up on the Runrig tour 92

Crazy Days (Jim Hunter); The weird and wonderful tales of being on tour in Europe.....

Waste The Paint ( Jim Hunter); Written in the Shore Bar Leith and originally recorded upstairs from it. The story of a most extraordinary painter .

Pago Pago ( Jim Hunter); The dream to open a beach bar on the South Seas island of Pago-Pago. Inspired by Gordon Robb

I Will Take You Home ( Brent Mydland); I was given permission by the family of the late and great Brent Mydland of the Grateful Dead to record this beautiful song. My thanks to them. For Katie

Waterfall (Jim Hunter); The older you get ,the more of your friends pass on. A song about friendly ghosts.

Wild River Horses ( Graham Flett); Graham's beautiful evocation of his teenage years on the islands of Arran and Orkney

Broken Feather (Graham Flett/Jim Hunter); A chance encounter in a small town in Switzerland. It sat around for years till Graham nailed it down.

As Good As It Gets ( Jim Hunter); This started life as a commisioned short instrumental piece, but soon grew legs and became a grown up song.

Don't Want You To See Me This Way ( Jim Hunter); I wrote this back in the late 80's with a strong female voice in mind. My wish finally came true...

Love You Through And Through ( Jim Hunter/ Brian Hepburn); Co-written with the legend that is Beefy Hepburn, this is balls to the wall blues'

I Can't Make You Love Me ( Mike Reid/ Allen Shamblin);Simply ,one of my favourite songs of all time. Jillian does it so proud....

When The Geese Fly Over ( Jim Hunter); Autumn, and the evocative sound of the migrating geese.

The Way It Is ( Bruce Hornsby); This song was all over the radio as I
recorded my first album in 1988, but the recent version by Hornsby/Scaggs inspired the Crack O' Noon Club to let loose with all guns blazing.

34 Miles ( Jim Hunter); The chainsaw song as it has become known. A dreadfully true story of a young man's painful downfall......

Howling At The Moon (Jim Hunter); Werewolves of the west coast out on the randan.

Midnight Train ( Jim Hunter); The old slow train from Edinburgh used to hit Lochailort at 12.pm All Aboard!

Burnt Out In The Snow ( Jim Hunter); The image of the Queen of Hearts playing card, set alight in the snow was the first albums cover

To thank everyone who helped me along the long long road to get to this concert would take a whole book, but to the wonderful , extraordinary musicians with whom I've had the privilege and pleasure of playing with over the years, and who gathered for this celebration go my deepest thanks and respect.

Bandcamp Daily  your guide to the world of Bandcamp

Oakland producer Mejiwahn chats about his breezy and transportive LP.